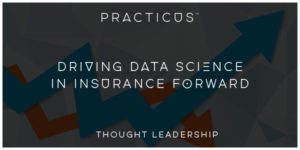 It’s interesting the ideas that come up in conversation when you are networking with people who share your interests. Take the example of two Scottish clergymen in the 1740s who met at a debating club in their local pub. They quickly discovered a shared interest in mathematics and a keen desire to improve the lot of widows and orphans. What they invented was a data-driven approach to insurance that became the entire foundation for the modern Life insurance industry as we know it.

Their names were Alexander Webster and Robert Wallace and the business they founded still exists today, it’s called Scottish Widows.

Talented and visionary as they were, Webster and Wallace knew they couldn’t do it alone. To fulfill their plan, they needed to assemble vast amounts of data from different sources on payouts, investments and life expectancy in Scotland. There were also knotty computational problems given the size of the numbers and data sets they were working with. So they engaged the support of a leading mathematical thinker, built relationships across the church and worked in collaboration to create an approach that changed the world. Indeed, their approach was so successful that the prediction for the size of the fund after 20 years was out by only £1 (0.00002%).

It’s an important story given the excitement about modern Data Science in the Insurance industry today. It shows the power that data and insurance have to change our lives and society as a whole. But we also think it shows something else. It shows how important networking, collaboration and the right people are to achieving a grand vision.

I’ve been building a community of data scientists with an interest in the insurance industry and when we heard about Webster and Wallace, we were struck by what a fortunate event their meeting was. It turns out that the church in Scotland had been trying to solve the issue for more than 200 years before they bumped into each other. It gave me a new sense of purpose.

Today, we don’t have to rely on chance acquaintances of the right people with the right passions. It’s the job of people like myself to ensure vision joins with the talent needed to fulfil it. And you know what? It makes us proud to be recruiters.

If you would like support finding the right expertise to support your organisation, we offer both interim management and permanent hire solutions.

Jobs/CVs OR Worksheets OR Register

We use cookies to give you the best experience. Click “Accept” to consent to all. Visit "Settings" for individual selection.
Settings Accept
Manage consent

This website uses cookies to improve your experience while you navigate through the website. Out of these, the cookies that are categorised as necessary are stored on your browser as they are essential for the working of basic functionalities of the website. We also use third-party cookies that help us analyse and understand how you use this website. These cookies will be stored in your browser only with your consent. You also have the option to opt-out of these cookies. But opting out of some of these cookies may affect your browsing experience. e.g. videos may not function correctly or you may not be able interact with contact forms and job applications.
Necessary Always Enabled
Necessary cookies are absolutely essential for the website to function properly. These cookies ensure basic functionalities and security features of the website, anonymously.
Functional
Functional cookies help to perform certain functionalities like sharing the content of the website on social media platforms, collect feedbacks, and other third-party features.
Performance
Performance cookies are used to understand and analyze the key performance indexes of the website which helps in delivering a better user experience for the visitors.
Analytics
Analytical cookies are used to understand how visitors interact with the website. These cookies help provide information on metrics the number of visitors, bounce rate, traffic source, etc.
Others
Other uncategorized cookies are those that are being analyzed and have not been classified into a category as yet.
Save & Accept